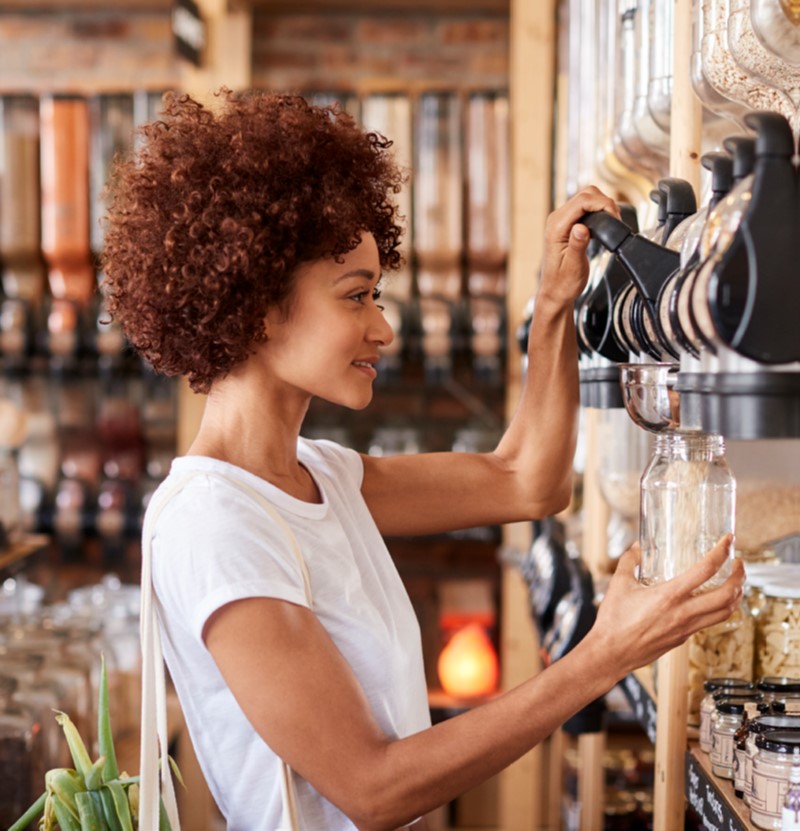 A major new report by ReLondon and Circle Economy reveals that greenhouse gas emissions caused by the production, transportation, consumption and disposal of London’s food are 15,483 kilotons CO2 equivalent each year – and highlights the real opportunities to cut these damaging emissions by accelerating more sustainable food practices.

The research, ‘London’s food footprint: an analysis of material flows, consumption-based emissions, and levers for climate action’, shows that approximately 6.3 million tonnes of food is produced to supply London’s total food system each year – 2.3 million tonnes of which is lost or wasted.

A shocking 836,000 tonnes of imported food is lost or thrown away before it even reaches London, representing over a third of all food waste and loss from London’s food system. A further 525,000 tonnes is then wasted by farmers, manufacturers, retailers, distributors and food service businesses within London; and finally almost a million tonnes is wasted by London households – the largest share of the food wasted across London’s food system.

The report identifies waste and carbon ‘hot spots’ across London’s food supply chain, and outlines urgent opportunities to significantly cut carbon emissions. The analysis shows that by reducing food loss and making better use of food waste, as well as shifting towards healthier and more sustainable diets, food-related consumption-based emissions could be reduced by up to 31% a year.

Almost all (99%) of London’s food and beverages are imported from outside of the city, with local production and farming accounting for just 1% of the capital’s food supply. This means that most of the consumption-based emissions associated with London’s food supply chain (78%) occur outside the city itself. Consumption-based emissions refer to the greenhouse gas emissions that happen over the whole lifecycle of products and services, as well as those associated with waste management.

ReLondon and the Mayor of London are today announcing a number of commitments in response to the report, including the development of an action plan to reduce the capital’s food-related consumption-based emissions. The plan will include, among other actions, the following two measures:

ReLondon and Circle Economy will launch the research today at an event convening experts and policy leaders to help cities minimise the carbon footprint of food. ReLondon will also unveil three ‘pioneer projects’ as part of the Food Flagship Initiative:

If we are to make the carbon reductions needed to avert climate catastrophe, adopting more circular approaches to food is essential. London is already home to a wide range of innovative sustainable practices in the food sector – but now we urgently need to scale and grow those models across the capital and beyond.

“This report reveals the amount huge amount of food loss and waste that occurs before food even reaches London. That is why I am delighted that the Mayor is convening organisations across the supply chain to take action; and that we’ll be collaborating on a London action plan to engage industry leaders, boroughs and civil society in accelerating a low carbon future for food.

The Mayor is absolutely committed to reducing carbon emissions, and emissions from food is a key part of this. He has committed to make London net zero carbon by 2030 and his London Environment Strategy aims to reduce food waste in London by 50 per cent by 2030 and to send no biodegradable waste to landfill by 2026.
At City Hall we’re developing an action plan to reduce food related consumption-based emissions and the Mayor will continue to lead by example by using the purchasing power of the GLA group to reduce-consumption based emissions through our suppliers and catering contractors.

This report has shone a light on the extent of the carbon emissions and waste associated with the food we eat in London – in particular how much is directly linked to imports into the city and embedded in the global food supply chain. Boroughs stand ready to play their part and are championing this initiative through the One World Living Programme, led by the London Borough of Harrow, which is addressing consumption-based emissions including the impact of the food sector.

“I welcome the fresh perspective this report brings and encourage food businesses of every kind, including producers, distributors, and retailers, to get involved in tackling the issue. It shows that collaboration between business, local government and the community is what’s needed if we’re going to make this a game-changer in helping Londoners make better, more affordable food choices for themselves and their families.

Taking action on climate change should be front and centre in the minds of policymakers and business leaders alike—and we know that the circular economy must be on the table to fulfil climate goals. Our work with ReLondon has paved the way for London to slash consumption-based emissions for food through circular strategies. The tool we’ve developed can also support other cities in their efforts to fight climate change —and we hope London will be the first of many in stepping up to the plate and making good on its climate commitments.

The event launching the report – ‘From wheels to meals: a city’s food footprint’ – takes place in Glasgow on Thursday 4th November.

The research was conducted between February – August 2021.

A food-system flow analysis methodology was used to develop the analytical framework, which provides a holistic view of how food flows through London. The approach provides estimates of the quantities of materials that flow through, and the waste and loss that is generated at key points across, London’s food system, from production to consumption and end-of-life management. To complement the understanding of the flows of food throughout London’s food system, a carbon footprint assessment was also carried out to examine the consumption-based emissions of Londoners.

Content was informed through an advisory group and project board, including the Greater London Authority and London Councils, among others.

ReLondon is a partnership of the Mayor of London and the London boroughs to improve waste and resource management and transform the city into a leading low-carbon circular economy. The organisation works to reduce waste, increase recycling and accelerate London’s transition to a low carbon circular economy by:

As an impact organisation, Circle Economy connects and empowers a global community to create the conditions for systemic transformation. With nature as a mentor, Circle Economy works alongside businesses, cities, and governments to identify opportunities to make the transition to the circular economy and provides a powerful combination of practical and scalable solutions to turn these opportunities into reality.

The Food Flagship Initiative is a partnership between ReLondon, the Ellen MacArthur Foundation and the Mayor of London, established to design and deliver interventions to make London’s food systems more circular and sustainable. It brings together stakeholders across London’s food supply chain, from farmers’ associations and innovators to food brands, retailers, hospitality, and public sector bodies, to focus on three priorities: increasing the sourcing and production of food grown using agro-ecological practices, and locally where possible; increasing healthy and sustainable food options; and eliminating avoidable food waste and recycling unavoidable waste.

Organisations or innovators interested in becoming a Food Flagship Initiative demonstration project can find out more here, or apply here.