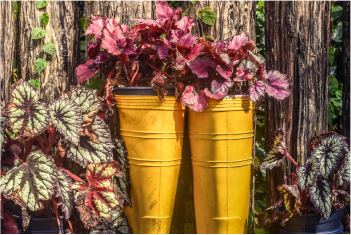 Having helped establish the Network at the beginning of 2011 LWARB, is thrilled to continue to be part of this unique enterprise. The new investment of £1.25 million is being made in London Reuse Ltd (LRL), the network’s central operating company. The investment, made up of a small £100k loan as well as a £1.15 million revenue participation agreement, will see the network grow its service offerings and, in particular, increase its retail presence.

Cllr Bassam Mahfouz, from London Borough of Ealing and the London Waste and Recycling Board member said:

In order to accelerate the move towards a circular economy in London, re-use, repair and remanufacturing will have ever greater roles to play in our lives. LWARB’s investment in the London Re-use Network means the capital will keep leading the way in making re-use mainstream.

London Re-use is delighted with the further support from LWARB to achieve its goal of a network of sustainable re-use services working together across London. Having established key infrastructure improvements the investment will now allow the network to grow its services throughout the capital and provide a greater diversity of benefits to Londoners whilst achieving environmental and social benefits for all.

Both the Mayor of London’s Municipal and Business Waste Strategies give significant weight to increasing opportunities for re-use, identifying the third sector as an important growth area as well as singling out the London Re-use Network as a lead delivery partner to achieve this. More recently the Mayor of London’s Infrastructure Plan 2050 identifies the massive economic value and opportunities that can be realised through better management of London’s waste.

With London’s population increasing by over 100,000 a year and commodity prices likely only to go up, London needs to become more resource efficient. A central part of the Mayor’s London Infrastructure Plan is looking at how we can accelerate the transition to a circular economy. LWARB’s investment into the London Reuse Network will divert thousands of tonnes of material that would otherwise be disposed of, saving Londoners money and carbon, and illustrating the value of a circular economy.

London Reuse Network members currently work with a number of London waste authorities, and London Re-use Limited hopes to grow this over the coming months with the support of the new joint London Waste Authority Support Programme announced by LWARB and WRAP earlier in November.

LWARB has a commercial approach to supporting the third sector, directing its investments in a way which encourages third sector organisations to move away from grant dependency.  This new investment announcement uses mechanisms to foster robust business practices, and includes a refinancing of LWARB’s existing £650k loan to London Re-use.